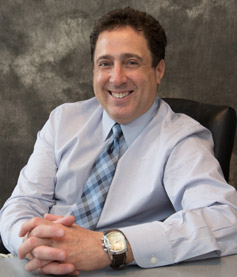 Dr. Bram Alster received his BS in biology at Rutgers University and then attended FDU School of Dentistry receiving his degree in 1984. Following graduation, he traveled to Israel to volunteer as a dentist for children on a kibbutz and upon his return, he became associated with two Dental practices specializing in Prosthodontics and General Dentistry. After three years Dr. Alster opened his own practice in Fair Lawn and became associated with a former teacher and mentor.  He has always participated in many cosmetic and implant programs including several ones that were hands-on and included a mini-residency on cosmetics and part-time prosthetic program for full mouth rehabilitation at NYU School of Dentistry. In 2009 Dr. Alster traveled to Portugal where he was sponsored to attend a seminar on ‘All on 4 Implants with Dr. Palo Malo and in 2010 he became an attending instructor at St Joseph’s Hospital in Patterson, New Jersey. In addition, Dr. Alster completed a 2-year implant program at NYU, studying mostly the surgical procedures involved in the placement of Dental Implants. Though he’d already been successfully restoring implants for over twenty years he desired an even more advanced training to broaden his scope in such treatment and best serve his patients. Dr. Alster is also accredited as a Preferred INVISALIGN provider; a recognition for treating a greater number of orthodontic  Invisalign cases.

Since graduating from dental school, Dr. Alster has logged over 700 hours of continuing education credits and is a “Fellow” of the International Congress of Oral Implantologists. He maintains memberships in the American Dental Association, Academy of General Dentistry, and the  American Academy of Cosmetic Dentistry, as well as being an active participant in The New York Dental Forum, his dental study club that hosts the best-known speakers from around the world

Besides maintaining his established and growing practice, Dr. Bram Alster enjoys his now growing family. He and his wife Shari have blessed with three children now young adults and their oldest son Dr. Jason and his wonderful wife Katie have just had a beautiful baby boy Ethan.  Transformed into their favorite new role as grandparents, they are truly grateful!  Dr. Jason now works in the office and this is also truly special!  Involved in his community, Dr. Bram is a past president of the men’s club at Temple Emanuel in Closter, NJ, and has enjoyed 15 yearsofcoachingthechildrens' recreation sports in Closter, New Jersey.  At leisure, Dr. Alster enjoys still playing certain sports and loves getting in as much family time together as he could get hold of. At closing, Dr. Bram has a warm personality and truly enjoys his relationships with family and friends alike. His patients become extended family and many quickly appreciate this special quality in him soon after meeting him for the very first time! We look forward to new patients and new friendships so please feel comfortable to call us with any questions, stop by to simply say hello and meet us or to make an appointment for an initial visit.